The Time to Create an Amendment

NOTE: ALTHOUGH SALVATORE INDUSTRIES HAS BEEN BANNED, THEY’RE MAKING A NEW GROUP AS THEY SPEAK. THEY HAVE A DISCORD MEANING THEY DON’T EVEN REQUIRE AN ACTUAL ROBLOX GROUP TO OPERATE.

Dear Firestone State Government and the People,
At about 7 PM Pacific Daylight Time in the town of Greendale, a regularly scheduled communion was taking place in the Greendale Church. Around that same time, multiple gang members from a gang known as Salvatore entered the church wielding firearms and mercilessly shot and killed every churchgoer inside, along with the priest. They recorded this incident as a show of force (will be attached at the bottom of this letter). This horrifying incident resembles a real-life terrorist attack like the mosque shooting in New Zealand, which should not be something taken lightly whatsoever. If you have been in Stapleton County recently, you know this is no odd occurrence. This gang has been ravaging and terrorizing the county for weeks now, with acts of violence on officers, members of public service departments, government officials, and innocent civilians who have no business or relation to the gang itself. However, they’re extending the extremity and violence of these attacks over the edge. They MUST be put down before further carnage ensues.
The current issue for many LEO’s and LEA’s is that we are unable to properly ID, search, and arrest these savages due to them being all dressed the same, in the same vehicles, along with the constant ambushes and even some usage of exploits (many exploits have already been banned but the chaos continues). Many people have called for the government to take action and allow our forces to handle this severe threat with the usage of Martial Law. As it appears, there is no such legislation in place which should’ve been done long ago when this gang first came out. Therefore, I call for the Firestone Congress and Governors to take action and call for an emergency session of Congress to enact an amendment that would allow for the suspension of habeas corpus for this gang to be put down once and for all.

As for the people, I call for you to stand beside me and your fellow citizens of this state to protest peacefully, legally, and with discipline in Stapleton County for this decision to occur, and/or show your support by commenting on this letter. Please ensure your signs have appropriate, non-violent messages and are properly displaying our message and intentions to the State Government.

tl;dr- government should pass an amendment to allow martial law so we can detain, search, ID, and arrest Salvatore before they do more damage

On a slightly less related note, this is why, in my capacity as a private developer for work outside of Firestone, I make my best attempts not to incorporate any religious or intrapersonal manifestations in my work. Feelings get hurt.

People are seriously, seriously sensitive to this kinda shit, and I believe it has no place in development.

Exactly, which makes it completely outrageous for someone to come in and destroy this cared for and religious event, and use it as propaganda as if its somehow fine???

Support with a fat S

If Congress doesn’t do their job, I have no problem taking the gloves off.

Support. Congress, you have the ability to stop this mess. Help us help the community.

ASH IT’S ONLY TEMPORARY, THIS IS RIDICULOUS

Hi, while responding to this comment, there is a shootout happening less than 100 studs to my right at Fergies. The senate did not support that bill because they want to be re-elected. This bill is unrelated and is necessary for national security. 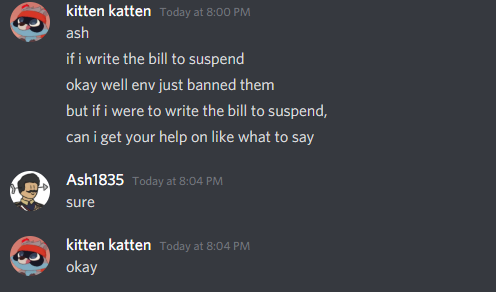 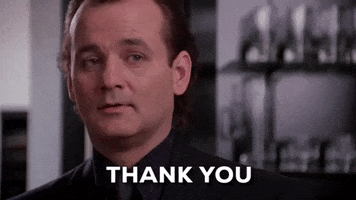 edit: its supposed to be a gif wtf

Just gonna say that even though Salvatore is group banned, it won’t do anything. They’ll just leave the group, and make alts.

And they have, multiple times already.

Not 100% sure how Firestone amendments work, but I also suggest possibly making things like this (especially crimes related to religion) FRP and a bannable offense.

Now, I’m not an expert on Roblox moderation, but I believe it’s not impossible that all it takes is a few people reporting the game for having the ability to commit these crimes against religion/religious buildings, causing Roblox to possibly put the game under review/take even more severe action.

We can’t deny that Firestone is a very large group on Roblox, so it probably wouldn’t be too difficult for a moderator to take notice about these things.

Another suggestion that I heard, that sounded good, was making it so that when you enter the church weapons are removed from your inventory.

I’m aware of this, as I had spoken to him prior to the writing of this letter. However, I request for an immediate re proposal of this amendment as soon as possible.

Pls explain further in your amendment as to what occurs when it’s suspended so that people can’t be like “writ what?” and ignore it

my apologies, i may have been a bit off, to my knowledge habeas corpus was where you are not allowed to detain and/or search anyone without probable cause. regardless, you know what I mean when I would like it to be suspended temporarily.*