i am not speaking on behalf government entities I am apart of, however my own personal opinion

Even though the Governor was acquitted, this has been one of the most scuffed impeachments in Firestone history. Let me tell you why.

BACKGROUND
For those who are unaware, Governor AestheticallyHappy had impeachment articles proposed against him for Ineptitude and Gross Misconduct. This came after the October 10th situation in FNG, the nomination of JoshLocke as Major General, and voting times set for the election of the Speaker of the House. He has since been acquitted by the Senate, with a failing vote of 5-4-0.

SENATE TRIAL
Unlike the House Impeachment, the Senate trial has been a total hellhole. It is filled with incompetent Senators who were fooling around and clearly misrepresenting the Senate. Not to mention, the trial started the morning of November 9th, and at the time of writing (11/12) is just finishing. This defeats the point of a Discord session when it drags on this long. Next, Representative/Lead Manager crankyluke could not find anyone to help him prosecute the Governor, taking 2 days for the session to draw on. However, slightly before his 48 hour deadline, a Senator proposed a motion to proceed with Irregular Trial Procedures. This basically means that it will run like a normal Senate session, and not like an impeachment trial. This motion passed, and instantly a motion to move to the PQ was proposed. This also passed. Some of the senators were so incompetent that voting on the conviction had to be restarted TWICE. Where we stand now, 2 Senators have came out about bias being sent to them from other parties, who are trying to get the Governor impeached. And you have to remember, 9 people get to decide the future (and possibly fate) of this state.

MY OPINION
To begin, the articles of impeachment. These were drafted pretty well, and accused him of Ineptitude and Gross Misconduct. While I believe Gross Misconduct could’ve been argued for the incidents, ineptitude was outrageous. The Governor has done some good things for the state. If you ignore all the controversies, he was a pretty good Governor.

Next, the Senate Trial. This was an absolute mockery of the state, with numerous senators being very incompetent and disruptive throughout the procedures. Not to mention the unpreparedness of Representative crankyluke and the rest of the house. Additionally, once irregular procedures were put in place, it completely skipped debate. This means that the Governor, or someone defending him, was not provided a chance to speak in either the House or the Senate. So much for a fair trial, if you can’t even defend yourself. This is absolutely ridiculous, would you like to be impeached without representation? Two senators came forward about being messaged additional evidence against the Governor, quite interesting. This could’ve swayed the vote, due to Senator KAREEM and killingkoas being against the impeachment before voting began. However, voted Aye on the impeachment (both later changing back to Nay). We know that the new Major General was the one who messaged Kareem, making him bias, the same Major General who appears to not like the Governor. So now the question is, what evidence are they sending to Senators, but not the public? What will be the consequences for trying to bias Senators?

CONCLUSION
This process of impeachment has been a complete mockery of the State and Congress as a whole. From incompetent senators, to unprepared representatives, tampering with people who are voting on the conviction, and the Governor not being able to speak AT ALL, would you really consider this as Democracy, and a fair impeachment?

(forum mods please don’t murder me this is different)

we do not care. messi is the goat 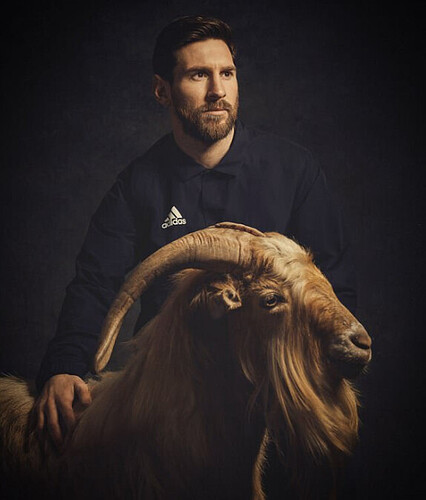 Ngl bro thought you were a Ronaldo fan this whole time.

As of late, I have always followed the belief that life takes priority, and ultimately, I followed this belief all throughout the Senate Trial.

The Senate was called into session on the 9th of November at 6:57 PM GMT, and I was mentioned to administer the oath of honesty at 11:22 PM GMT, during these hours I was fully occupied due to the fact that my work and sleep takes priority, and I ultimately could not complete the oath of honesty until 24 hours later.

On the 10th of November at 2:36 AM GMT, I was mentioned for the second time to administer the oath of honesty, around 13 hours later, at 3:55 PM, which was when I arrived home from college, I was able to administer the oath. Half an hour later, the President of the Senate asked if I had any other managers to include, 2 hours later, I asked all Representatives if they were available and interested in taking the opportunity to take on this role, I, unfortunately, received little to no response and I was ultimately left in a ditch.

On the 11th of November at 12:08 AM GMT, I was mentioned by the Chief Court Justice with the message “48 hours”, and I was unable to present any update to the trial as I was occupied with College and my social life.

On the 12th of November at 3:54 AM GMT, I was mentioned again by the Chief Cout Justice with the message “You have less than 24 hours”, during this day, I was again occupied with my job and only received this message around 3 hours later, where I can be seen asking in the House chambers for the second time if any Representative was interested in being involved, and for the second time, I received little to no response. Later on that day, at 5:39 PM GMT, I was told by the Chief Court Justice that “If by 7:10 PM EST tonight you have not even presented the charges this impeachment will be concluded on the spot”, and at this time, I, unfortunately, turned off my computer and did not have access to Discord until the following day.

I was accused by Senator @KAREEM2610 that I was “purposefully” delaying the trial, but as I have said throughout this post, my daily life tasks took full priority and I did not have the opportunity to complete such tasks for a Roblox community

Honestly when I saw the chat I was saddened.

Why can’t we all get along?

Honestly there are a LOT of mean people with nothing else on their time but bully people.

If I’m being honest if I was in the legislature I’d move to condemn/sanction the CCJ’s handling of it.

There is a difference between presiding and acting like that. Disgraceful. The CCJ should not be threatening to prosecute members of congress leave that up to the DOJ/DA even then in this situation that’s like almost like ordering a jury to vote not guilty. Which honestly doesn’t fly in my book even though this is not a jury but a political process.

However, it came to within 1 vote of passing. ONE VOTE. That’s unheard of.

In the end, this congress even thru the roughness that it was, and frankly, straight bias of several members, sent a message that the conduct involved by the Governor is not permitted.

Honestly as a final note, this place has unfortunately become a toxic swamp.

It should never have been a question that this behavior was wrong.

Imma be honest with you cranky, (not accusing you) and yes life is more important than FS.

Everyone thought, you dipped or wanted to delay because you were pretty active when the impeachment first started.

In general, you don’t play v2 but ur active in the discord and i won’t lie you are probably one of the top 10 most active people who talk in FS general (my self included)

again, not accusing you. i would do the same

to all the haters, im still voting cranky next election because he actually did represent the people who wanted an impeachment

can we all just get along and stop calling stuff gate pls. this isnt edward snowden anymore

I’m sorry but the Senate trial cannot be blamed only on the Senate, those tasked with the impeachment management failed terribly.

I’ve stated that in my post. It can’t all be blamed on Cranky, but 10 representatives supported it. Atleast one could’ve helped

Yeah that’s my bad, apologies. I didn’t’ support it tho so I just stayed away

i am correct once again

Honestly I think it’s a shame really that most forums activity is either just election posts (which most people probably only skim at best) or posting about the latest pointless controversy. Idk about other people but it makes me question the value of the forums

forums have no value