Closed Circuit Television, also known as, CCTV! We all know what they are. The cameras that you see literally everywhere in real life. The image below is PURELY AN EXAMPLE!: 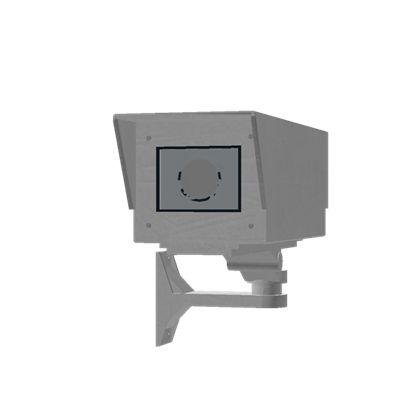 The cameras would be really helpful. **EXAMPLE: **Let’s say there’s a report of a stabbing at CD. A LEO who is on the cameras could check the CD camera to see if there is, and how the situation is. And they could then inform other LEOs of the situation. Or let’s say there wasn’t a report of a stabbing. And the LEO was flicking through the cameras and spotted it. It would also help in things like hostage situations and bank robberies, so hostages can be identified etc.

I believe it would be a really good addition in general.

If you agree with me, please support this below. Or if you have any comments etc, leave them below and I’ll possibly change this a bit if necessary.

Have a good one!

Yes. I was confused there. One minute it’s open, next it’s not

support, but instead of sitting inside the hq, give fsp/scso/dot a laptop so they can view cameras while they’re working

And DOC would have cameras around the prison

we at DOC already have this, so it could probably happen in some form or another. however, I think it would be much better for regular LEOs to have cameras that show what happened, lets say, in the last 10 minutes (irl) or something similar as opposed to just having them sit all patrol hoping to catch someone in the act on the camera they were viewing.

furthermore, the cameras would be located and accessed at the building they are located at (with an exception to traffic cameras, which could be at an LEO station or even DOT). this would bring the benefit of allowing LEOs to do some basic investigations on 911s instead of just leaving cause the reporter had no evidence, among other things.

not sure how difficult the above would be, but it would be cool to see.

we at DOC already have this, so it could probably happen in some form or another. however, I think it would be much better for regular LEOs to have cameras that show what happened, lets say, in the last 10 minutes (irl) or something similar as opposed to just having them sit all patrol hoping to catch someone in the act on the camera they were viewing.

not quite possible unless you have a script that re-does someones actions using a bot/animations, which would be a lot of work for something so small…

Maybe inside HQ and inside their vehicles as they do have laptops,

I’m not sure it’s that hard, DOC has completely functional cameras around their prison already. They work as-is.

Cameras should be one of many new techniques which law enforcement and non-LEOs should use to combat ‘crime’ and roleplay other things, especially in court.

its not hard to make cameras, but the backtrack feature would be nearby impossible/hard to script to view previous occurrences

Oh I thought you were talking about cameras in general. Yeah I don’t think backtracking will be a viable thing in Roblox.

yeah it wouldn’t really be possible, some FPS gamea on roblox have it for final kills but its extremely buggy

I wasn’t really on about backtracking. That wasn’t my suggestion. My suggestion was just cameras in general.

And for the record. I do not mean auto ticket cameras. I mean just normal cctv

DOC has a form of security camera system, but I really like this suggestion.

I dont get why you have to get IO to goto a bank to see who robbed it, I’m pretty sure their toolkit is broken anyway, so it would make more sense for maybe some thing LEO’s can click like a camera in the top that just tells them who the robber is, like some roleplay CCTV.

Because then all LEOs would be able to do that, it’s supposed to be a bit challenging. If that were the case, every single bank robbery would be prosecutable. IO isn’t always online, that’s the difficulty.

Backtrack would be a very extreme thing to script, It would have to log a players every movements then have to create client only reproductions of what happened which potentially could cause lag. Plus it seems very unnecessary maybe a way LEO’s can view a Limited amount of cameras in their cars with their laptop they carry inside their vehicle.