Are we moving on?

One week ago today, Firestone has seen the deployment of FNG to Aigio after allegedly 2 people from Aigio’s AIC raided the military base in Greendale, and just hours later the deployment has been called off.

This has led to confusion on why it has been called off, as there hasn’t been any proper announcement made addressing the issue.

The governor said he will address everything ‘‘tomorrow’’ (’‘tomorrow’’ being over 6 days ago) and literally dipped. - Not very transparent of him not letting the people know what is going on.

There has been theories if the attack on FNG was a hoax, and all this was done for nothing, however they are just theories.

The governor still hasn’t gave a clear explanation, and will probably never, hence I believe is this Float’s ‘‘attack’’ against Firestone itself?

It’s quite suspicious of the current Governor, Float, to announce a deployment just WEEKS before he will step down from governor due to the elections.

The current Governor has basically ‘‘silenced us’’ in one way, by not responding!

It’s like he is doing this for the new, upcoming governor to struggle with, even though it’s not their work to deal with.

anyways lmk what u think

Searching for the Truth: The Attack on the National Guard Base Firestone Discussion

refer to this since cranky also said some similar stuff

If it takes a hen and a half, a day and a half, to lay an egg and a half - how long does it take a grasshopper with a wooden leg to kick all the seeds out of a cucumber?

like he is doing this for the new, upcoming governor to struggle with, even though it’s not their wor

Bro everyone forgot about this until you brought this backup. I’m not going to lie, literally why does it matter? Sure FNG got deployed to a different ROBLOX GAME big deal? Just move on with it

Sorry Mr. TotallyRelevant, you seemed to misunderstood the part where Firestone is a roleplay state.

ion see the issue with a fng deployment, its not a sin to give the states military somethin to do, two communities got activity out of it and everyone moves on

Is Float leaving office for the new governor to fix his mess?

lets be real every outgoing government does that LOL

fails to abide his “transparence”

Thank you for your comment, Governor. I’m glad to see transparency is your main priority in this administration. I love you

Would vote for again

It’s a closed issue so let’s not fret on it and look towards the future.

Gov. Float and his administration have done a wonderful job of protecting this state.

I think them for their work and wish them well in their endeavors!

Again, this is just a roleplay game, are your questions really that relevant? Im not saying he can just do what he wants because its a roleplay state, but Im saying this because It’s an old issue now and everyone has forgotten about it. No reason to keep bringing it up, just move on from it.

ITS NOT OLD ITS FROM LAST WEEK !!!

we wanted war
we got war
we gave aigio a reason to be active
there are no downsides to this.

it wasnt war it was a deployment for like 4 hours 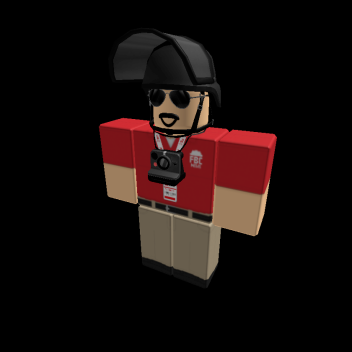