to anyone who is a little dumb in the head, i was convicted of my court case and now i have 6 hours in DOC! (with 90 day crime suspension). besides that, anyone who says “karma” or “you deserved it” is a clown, i personally dont care that i was convicted and found guilty.

and yeah, can we get some crab rave and o7s going in the chat? 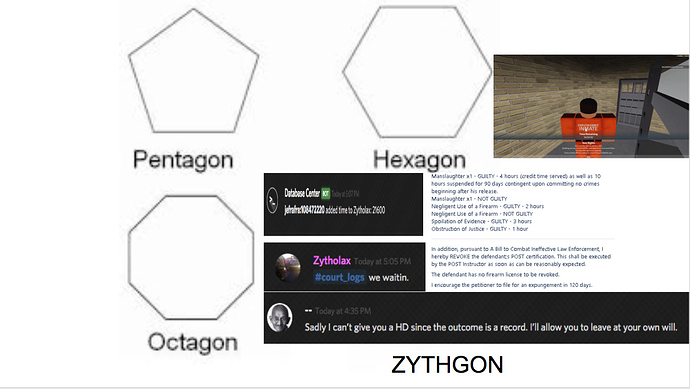 as i said, if you plead guilty in the first case instead of dragging this out you probably would’ve only gotten a suspension

The chambers of Jefrafra have no comment on this matter, but we graciously appreciate your previous service to the state, and highly encourage you to request an expungement in 120 days.

The Firestone Retirement Club has no comment on the matter.
… because we’re all retired. we don’t even know what happened.
can someone brief pls…?