The Problem:
The LE AR-15’s magazine isn’t visible/isn’t there at all when you first equip it. It only shows up once you reload it.

Expected Result:
The LE AR-15’s magazine should be visible without having to reload it.

Reproduction Steps:
Equip the LE AR-15 from FSP/SCSO lockers, then draw it without reloading. 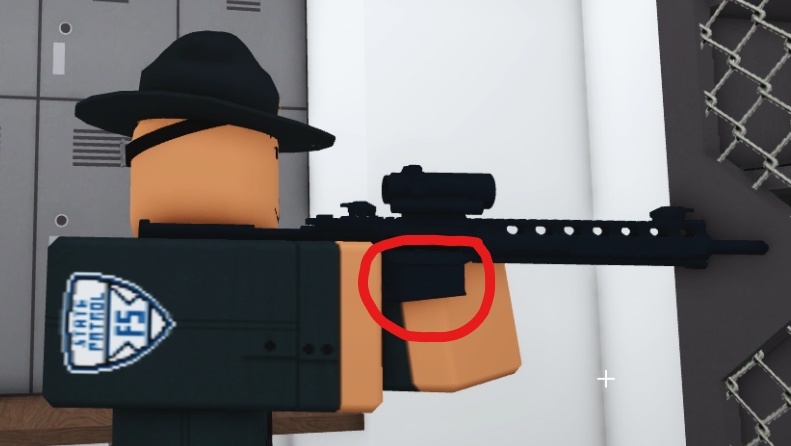 You do realise this is the same for every gun and has been a thing for ages, right? btw it fixes when you reload

Not saying it’s urgent or gamebreaking, I just find this bug annoying on the AR because it’s not really an issue on the G23. Fixing it shouldn’t be that complicated, which is why I wanted to report it here.

Also I’m aware that reloading it fixes it. But as I’ve said in the expected result section, reloading shouldn’t be a necessary step to see the magazine.

We could make the rifle unloaded by default while giving it an extra magazine as a workaround. No need to inflict brain damage on DPS

I do, although not often. It’s obviously not as good as the L115 but it’s fun to use in mid-range fights

I’m not advocating for the usage of the AR-15, I’m aware it’s not the best weapon for patrol officers. I just enjoy using it in certain scenarios. Besides, that’s not the subject of the conversation.

A bug is a bug, which is why I reported it here. Hopefully it will be fixed, but it’s not the end of the world if it isn’t.

i use the ar15, regularly

We could make the rifle unloaded by default while giving it an extra magazine as a workaround.

Fun fact this is actually the cause of the issue you reported. This is how it used to be, but it was changed because it could be annoying at times and it was somewhat easy to forget that your gun hadn’t been loaded yet (especially after you just respawned and rushed back to a scene)