Hello, I’m T_xom and I am running to be a City Councilor for the City of Arborfield.

sure why not support 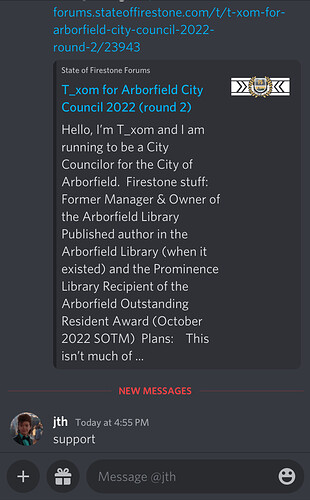