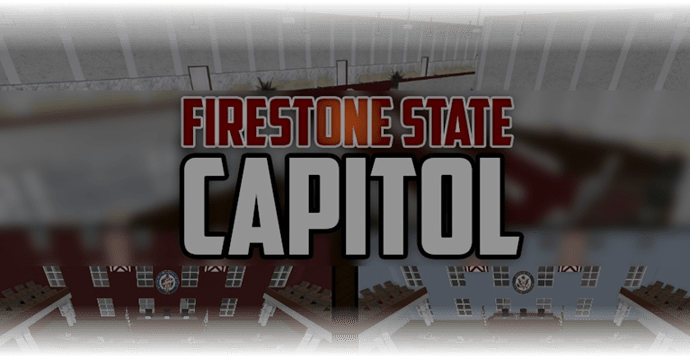 Due to recent events of misuse, we have to decided to alter how the State Capitol operates. We do not tolerate any sort of admin abuse and will remove members of the community that are disruptive. These changes in the State Capitol are meant to improve how the legislature should work.

The legislature group has always existed but never been put to use. Starting today, now that ROBLOX has made it so you can join 100 groups without premium, the State Capitol game will operate based on the legislature group. The ranks within the group are automated and the process to be ranked accordingly will be posted down below. The admin commands at the State Capitol are based on the legislature group and have been given to Pro Tempores, Branch Heads, Governor, and the Chief Court Justice. Although certain commands have been granted, they are intended for use during a session or official government events. Misuse of such commands will result in removal from the community, stated above, as we can not remove permissions for everyone.

The commands are limited to the following:

Request to add commands can be sent to either @pathwaysbball or @GetEnveloped.

The State Legislature group presents all possible ranks within the Legislative Branch. If you see a rank you qualify for and are ranked appropriately within State of Firestone, you can run !updatelegislaturegroup in the State of Firestone discord. The bot will then automatically rank you within the legislature group. However, the Speaker of the House and President of the Senate must rank their Pro Tempores manually.

This is a step forward to fully automating the State of Firestone group. We intend to automate as much as we can within Firestone such that everyone has ease of access and do not have to wait for an individual to promote them where needed. It is is our goal to let Firestone run on it’s own as quickly and as efficiently as possible. We look forward to creating what other Ro-Nations/States have not done.