jeff. game mod.
my original post was going to be enough to necessitate a tl;dr, but i guess not
if you didn’t know i was a game mod, i am a game mod. good. now you know. you’re welcome.
this also means that i finally have the authority to interpret a set of laws higher than the ones danny can interpret
murhahahahHAAHAHAHAHAAAHAHAHAHAHAHHAAAAAHAHHAAHAAAAAAAACOUGH COUGH WHEEeeeze okay that’s enough of that

e: and who can’t end out the year without an obligatory edit?
e2: edit to the edit.

IT IS TIME TO GET FORMAL. racks shotgun

I was reviewing the Roblox Terms of Service Roblox Community Rules the other day in helping @Dr0xy, a Paramedic in Charge, in editing his medical RP information board for civilians. Check that out here, very useful resource for people who actually want to roleplay a broader variety of medical calls with SCFD medics.

So, without further ado.

Threats and self-harm. In the digital environment, it is hard to tell what is a joke or is serious. So, we take all threats seriously and do not allow any threats on Roblox. We also take reports of self-harm very seriously. We are in active communication with police departments across the globe and often report threats related to physical harm or public safety.

yes, i broke out the section symbol to state the code in the terms. i feel so formal right now

A good portion of prohibited calls comes from this section. Suicide calls, to be specific.
… very specific, they’re the only type of calls that are prohibited by this clause alone.

Now, specifically, the TOS states that Roblox treats any and all threats made seriously, and don’t allow any threats of physical self harm, as “it is hard to tell what is a joke or is serious”.
Because of this, we’ve essentially rendered suicide roleplays nonexistent, simply because there can’t be any real life threats made in relation to suicide or possibly taking someone’s own life.

My argument against this is the ‘joke or serious’ section of the clause. Clearly, any suicide roleplay call isn’t real, unless they explicitly state that they’re going to do that after they do this. Suicide RP calls certainly aren’t considered a joke, since it’s part of gameplay, and they’re certainly serious, but not all that serious- the main goal of the game is to have fun and interact with other people.

However, this is beaten brutally over the head by a stick with some nails hammered into it by this one very explicitly stated clause in the FRP Guide.

Self-harm
In accordance to the Roblox Terms of Service, your character does not wield the power to inflict self-harm. This means that you are not able to commit suicide by falling off the bridge, or by another other means.

So. We can’t commit suicide because RTOS doesn’t state that we can.
I mean, technically, that’s correct, RTOS §1.7 never does state that players aren’t able to make actions in relation to suicide. All it really does say is that Roblox does not allow (reasonably believable, by context) threats to be made, will take appropriate action in cases where someone has made said threats of suicide.
Roblox hasn’t explicitly stated that no one can perform any gameplay or actions in relation to suicide, only that people can’t make (reality based) threats. Ergo, we can still roleplay suicide calls, so long as we have reasonable suspicion enough that it isn’t related to reality and is based in roleplay in Firestone, which, of god damn course, it is.

Clearly, it isn’t as big of a deal as it’s made out to be. Games and roleplay are different from reality by a long shot, and I’m really damn sure that, if the situation ever arises, Roblox can, with their ‘very serious’ interpretation of threats, tell what’s part of the game from what’s considered reality, much less the discretion of our own LEOs and emergency services.

Of course, though, there’s going to be the people who try to use this to their advantage. Especially criminals.
To them, I say this.
fail roleplay.
One does not simply jump off a bridge at the end of a pursuit and die at the bottom, where they just expect to be left alone by LEOs, then get up, walk off, and go off to “live” another day, having been freshly reanimated from the dead to go screw with more cops.
Seriously. If you do that, I’d be curious about the size of your brain. Would probably be able to measure it in mm³.

Calls should be legitimate for responders. Period. Anyone trying to take advantage of suicideability suicidability suicidibility suicideibility THERE ISN’T AN ACTUAL SPELLING FOR THE WORD FOR THE ACT OF BEING ABLE TO COMMIT SUICIDE should be considered FRP under the FRP Guide and can promptly be handled as such by LEO and game moderation.

So, not to TRY to go over anyone’s heads, especially since the FRP Guide is still the second-to-ultimate authority in interpreting roleplay in Firestone, and i want to keep my job and not be an irrelevant regular civilian like jason qq, but I feel like it would be worth being looked into in order to reopen an alley of roleplay that can broaden the experience for players and emergency responders in Firestone.
env im looking at u <3 xoxoxo.

… what’s that?
“we take all threats seriously and do not allow any threats on Roblox”?
HA, GET ATTA HEA wit dat crap, §1.10 states we can’t commit any illegal activities, gang violence, or criminal behavior AT ALL, and we still have people shooting people, running from cops, reckless driving, and you don’t see Roblox moderation just swooping down on us, do you?
we’re literally one out of an absolute metric fuckton of games like (comparably) mayflower, norfolk, liberty county, rockport, docklands, mano, and a bunch of crappy cancerous attempted startups, ain’t nobody got time for us

ty
and in case this is my last forum post for this year of 2018, happy new year!
~jef 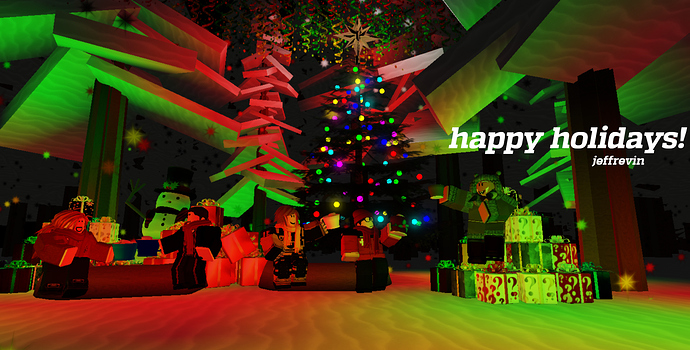 also criminals are frp since criminal activity and gangs are frp

I mean, I just think suicide calls are retarded. Firstly, they take resources away from calls that actually need medics, such as shootings. Secondly, there is no decent mechanic to make the action worth RPing. Height damage isn’t applied in game. At least with vehicle accidents and stuff your character can legitimately get stuck under cars, pinned, etc. Thirdly, who cares? If they want to end their virtual lives why should the government intervene? If we control how people die we control how they live.

So in summary, keep suicide calls forbidden thank you.

Devs can add in a call filter that blocks calls that have words such as:

I look up to you jeff.

Thirdly, who cares? If they want to end their virtual lives why should the government intervene? If we control how people die we control how they live.

So in summary, keep suicide calls forbidden thank you.

also love how the Lt. Governor is saying how much he doesn’t care if someone wants to die lul and btw we already control how people live with laws so why would you just let people kill themselves.

But hey this is just roblox

Its really a waste of time for everyone even the “sucidial” person. Considering there is nothing no one can do expect scream “NO DOT DO IT, YOUR LIFE MEANS SOMETHING”. Also, the LT gov and everyone else as much better stuff to do then sit around and deal with some dude prettending to wanna die

I support this idea, as it increases variety of call-outs as well being able to re-develop curriculum and apply knowledge to the field with professional suicidal-victim care, as was done in V1/early V2.

Should this become normal again, and suicidal calls are overdone (1 call every 5 minutes), then it’ll be viewed as a problem and should be re-banned.

Usually, the SCFD only received about 1-2 calls every 1-2 days when it was permitted.

So if people start making suicide calls in Stapleton, guess what’s gonna happen to the game? Roblox mods will assume that you guys are promoting self harm.

we’re already promoting criminal activity, and you don’t see stapleton county, nor norfolk nor mano nor docklands etc getting banned, do you?

If roblox was a good boy game, would would quit and roblox would die.