Currently from the looks from outside of the Senate, we’ve foreseen a great fall with professionalism, commitment, and voice of citizens within the senate, I believe I’d be able to take role and commit to such opportunity to improve the state in a effectively way. I’d like to mention, I may not have much experience, but I have the grounds and means to bring something to the table unlike others.

I’ll be willing to express and elaborate more on my plans if needed so.

Support. I may not have agreed with your views but you have more than 5 braincells which is just about what we can scrape off of the bottom of the pot for Senators at the moment x 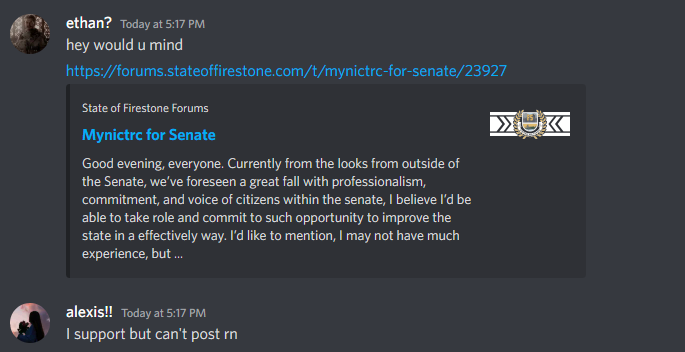 This furry supports mynictrc for senate.