Very big problem with guns in v2. If the guns were client sided like almost all other county games it would resolve alot of issues with gun lag. Doing things like removing tracers will reduce little to no lag and that decision made no sense at all. I also seriously recommend removing the useless buildings such as Powerplant, Paintball Stadium, useless parking garages, Just a shit ton of parts to make LAG in general reduced.

Just wanted to inform the misinformed.

Gun lag happens indeed due to how V2 is poorly scripted and doesn’t really have to do with the buildings themselves really.

the powerplant is owned by a business

i dont think you have any idea how absolutely bland the map was without some of this stuff lol.

go back to the map 5 years ago, and see how many people were shouting to add more stuff.

lets face it: v2 wont get less laggy. 6 or so years of scripting by how many different faces all trying to put their own style on things sent that train off long ago.

The only thing people were screaming to be added is more stuff to DO. Not useless map updates that have nothing to do with playability. And if I had to ask you a question what would you rather have, A bland map and be able to fully run the game and have fun or a filled map with ATROCIOUS lag and fully making the game unplayable in almost every concept. The map does not matter bro just make it PLAYABLE again.

I gotta add, You’ve fallen for fed’s biggest scam which is him telling the people ‘‘It can’t be fixed’’ It’s too complicated’’ Look what 1 night of removing shit did, it made it WAY better and all he did was remove tracers. If he simply took time to remove parts it would be a LOT less laggy

It changed almost nothing lol, I’ve seen no discernible improvements. And removing tracers is a lot different then recoding V2. That IS virtually impossible without env. Try to do literally anything snd the f9 menu will spit out errors like there’s no tomorrow 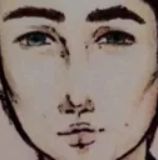 Coming from an experienced game developer myself (with 24 million+ place visits):

It has to do with the scripts. And yes, the buildings play a big role, but with streaming enabled on, the buildings don’t matter that much. Have you ever played V2 with less than 10 players on? It runs smooth as butter. Why? Less scripts are running.

I think the stadium needs to be repurposed, take out the entire leaderboard system that isn’t being used and get rid of those scripts. Any unused scripts that can be removed will always improve performance.

I have a strong feeling the gun lag is not coming from the gun script itself, but other scripts that are in memory and that are running inefficiently. I do not know how V2 is scripted, but I doubt that the entire system needs to be redone, it just needs to be properly optimized. It’s really up to Fed on whether or not he wants to get someone with the proper knowledge to optimize V2 properly.

Right. Speaking as a former small time developer, parts won’t help with the gun lag. Rendering parts is done by the user’s computer and removing them could increase FPS, but would probably not help with gun lag. Just from my own observations, it looks like there’s a breakdown of communication between the client and server. You hit but nothing happens, because the communication with the server to register a hit couldn’t go through. I’m not an experienced scripter, but parts don’t cause those kinds of issues.

ok but seriously good point ppl just need to accept firestone kinda screwed either way - v2 a tad unplayable and v3 still on that unreachable horizon, no matter what the dev team says

I do not know how V2 is scripted,

in a million different styles, because so many different people did their own thing

The sewer system should also be removed. You cant even enter the sewage system anymore becaude it was made illegal by the rw council. I dont think dpw or other departments who have access even use it.