I request the founders @FedoraMasterB98 and @pathwaysbball or @blaadam to look into this. So far, there hasn’t been a formal complaint regarding this, so this will be the first.

Over the last few months, guns on the law enforcement side and also the criminal side, having been lagging at a level that hasn’t been seen before. This isn’t because of a DDOS attack, or severe server age, but very likely due to the amount of things added into V2 in such a small period of time which may have caused the lag.

I ask for this to be looked into because this is providing an unenjoyable feeling for both law enforcement and criminals in situations like shootings, roleplays, etc. It hasn’t been realised how much guns in V2 play, and them lagging does not provide the same enjoyment and expierence. It hasn’t been just me, but several other criminals have also noticed this, and how the guns they bought have lagged so much. Several criminals aren’t motivated in buying guns that lag to hell, since it isn’t worth spending thousands on something that doesn’t peform as it should. This would cause issues to situations of roleplay, and so on.

Note: I understand and know that guns DO lag when theres a lot of people shooting at one time, or it has a lag spike every now and then, the problem is it’s like it has became so much more frequent and is now a daily thing, every shooting, small or large would lag and would ruin the expierence for both sides, regardless if they win or loose.

To other readers, you may not read this and call this a skill issue, however, I want this to be known that this isn’t me crying over loosing a shootout. This has generally been a major problem for months, and I believe it requires the formal attention of higher authoirty members to look into this to find a solution.

Shootings BEFORE the lag:

Something has clearly happened between those recordings, and all I ask, though I know it is quite tricky, to find the solution in why this drastic increase of lag came from.

i can vouch for this. i can assure you that no new player that wants to be a criminal is going to play with this lag, let alone any crim with the current state of the game. every single time its brought up the same excuses come into play: 1. all focus is on v3 so that somehow makes it unable to fix 2. get a better pc. v3 has been in the works since the cold war and god knows how much longer it’ll be, but why couldn’t a scripter be hired to go into v2 and fix it? i think if there was a poll that went around to the criminal community i feel 90+% of people would say to revert the game to a year ago when the game wasn’t laggy. much more enjoyable. there is no more criminal community with this lag. it singlehandedly is ruining the game. it’s time this issue should be fixed. the playerbase has been ruined.

V3 has been delayed for so long that at this point, V2 just needs to be fixed. It’s long overdue. The gun lag has been here for months and the longer the game goes without proper fixes, the worse it is going to get.

Also, many criminals have had issues with guns completely breaking after buying them. This is because of memory leaks that have started sometime around October. When the game runs out of memory everything slowly breaks. Take a look at this thread:
Constant V2 Memory Leaks - Development / Bug Reports - State of Firestone Forums

If the memory leaks are not going to be fixed and the gun lag is not going to be addressed, I really do not see the point of playing anymore if all the money I spend on guns is near worthless. And almost every other criminal you ask will tell you the same thing.

I don’t know if it’s the weather system that literally EVERYONE hates, or it’s all the large buildings that are rarely used (POST campus, court building, etc.), the cause of the lag needs to be addressed. Removing some of the things that 90% of people agree on is useless (like the weather system and large unused buildings) would probably improve the lag significantly. 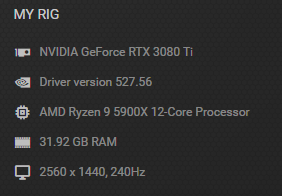 ive the same issue so there goes his argument

part time too, any mf who touches firestone can tell u abt the lag of death that occurs the second u spawn a car

We understand your concerns and I will be looking into this alongside the Founder, FedoraMasterB98, soon-enough

Criminals aren’t going to be interested in continuing playing / buying guns if they can’t get the experience and enjoyment they want. Who would want to shoot like that lol

now, if you want change what you need to do is boycott v2

Criminals aren’t going to be interested in continuing playing / buying guns if they can’t get the experience and enjoyment they want. Who would want to shoot like that lol

now, if you want change what you need to do is boycott v2

Scroll up and you can see we’ve acknowledged this and it will be fixed.

Are you really? because every day Fed ignores the multiple lag complain DM’s he gets or simply replies with his copy and pasted response ‘‘Get a better PC’’

I mean feds 24 and has a full time job. He probably won’t be able to fix your problems fast as you want. (Nothing against u)

The problem is that this has been going on for months and it has been ignored for so long. Regardless, if it takes a few weeks to a month to actually solve the problem then fine.

Also, the latest change (removing tracers) does not seem to have any effect on gun lag, it’s still bad. And I just had another memory leak today where the game completely crashed. Maybe the cause of the memory leaks could be what is causing the guns to lag.

yes only CV rammers will stay

If I say something, I’m doing it.

Izzy down - Clipped with Medal.tv No lag with 3+ Officers shooting all at once

I just got into a shooting today and it was horrendous, I don’t think it’s fixed.

Is this even fixable at this point given V2’s development? Imo the devs should just get their asses in gear and continue on V3 so it can go into Beta and allow V2 to shut down