Alright so, when you first enter the firestone state patrol, you have to vehicles to start off with. The Crown vic and the charger. Let’s all be honest here. LEO Crown vics suck total ass so people only use the dodge chargers. Yes, you can unlock a tahoe later down your journey in FSP if you achieve the rank of sergeant but again, the tahoes suck ass. At least for SCSO you get two good cars, The F150 and the Taurus. All honesty, I think that FSP should also have a F150 bedcap as a lot of state agencies use those and it’d look sick for FSP.

If you don’t really agree with that idea of a bedcap, then maybe FSP can get a normal F150 or explorer then? I honestly don’t fully know here however I think FSP needs some sort of new car, do you agree?

Second topic. I feel like the addition of a K9 unit to FSP would bring people back and possibly raise activity within a new division. Yeah yeah, I know DHS FPS already has it however I think that the state patrol should receive a K9 unit too, since well… we can’t rely on the big FPS boys with the white cars and big guns to save our asses all the time whenever we need a k9 unit. This is just a suggestion that came off the top of my head however I think that if this happened then the new F150/explorer/whatever new truck or SUV that can be added would be fucking awesome with the K9 unit. Just something that I thought of. 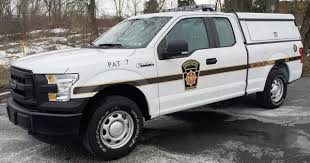 I think if anyone gets a new car, it should be FPS as they’ve only got the explorer.

pretty sure FSP has that for V3

Right so here’s the big issue: if you do this, every department will immediately also start requesting new stuff they want. If FSP gets a new car, that will be perceived as not fair by the other departments and they will also all request to get a new car. If FSP gets K9s, other departments will ask why they couldn’t get K9s and will also request K9s or something else they’re interested in.
This could be done, but it opens up a pandora’s box. This would break the perceived balance between what each department gets.

pickups are planted for FSP in v3. Canines will majorly throw off the department balance.

no. they glitch anyway so wouldnt be much help

could be cool for SCSO and FPS as well

To simply put this.

you know what, i love you

i love you too

as sergeant of fps, if you want k9 apply to dhs and stay fps

as much as it would be cool for fsp and scso to have k9, not a good idea. it’ll be overly used in game and everyone will have k9. just not good idea.

wow what a thoughtful man.

The arguments you make in this post are invalid and applicable in reverse to situations extending outside of here.

If you want K9’s because we can’t rely on FPS’s K9 officers, the same argument could be made regarding giving spike strips or helicopters to all LEA’s.

I think that FSP should also have a F150

Every LEA has a sedan and an SUV, with the exception of DHS. Even then, they’re not complaining. You have the vehicles you were given, and you’re probably not going to get more out of a lack of need and to maintain balance.

yYs for dhs like mr sergeant of FPS said

if you want to (somewhat) balance this, i’d say remove the vic, and give fsp an explorer/f150. overall i find the vic one of the most useless things in the state as the acceleration sucks, which may cut down gas mileage. personally i think it’d be cool to see more variety inside v2 as we don’t have much variety. i think suggestions to add some vehicles to other departments should be accounted for, since well, yeah. there is a lack of variety in v2, all i see is dodge chargers (fsp side). scso, i see a taurus and f150 (mainly taurus). the only reason i would see someone using the vic is looks-wise. nothing about its performance makes it appealing to use (leo’s know this, but performance is what its about). i generally hope this should be taken accounted of, and maybe add something similar to this, or increase the vics performance (for all depts, dont care for civ since nobody wants 100 vics running). do i think there should be k9? no, dumb idea, completely ruins the elements of dhs everyone wants. do i think there should be more departmental updates? YES!! absolutely. it would help departments so much in the long run. i dont care for livery updates (such as the breast cancer awareness thing, i support the cause, but just really didnt do anything). just please update vehicles. (please firestone devs, it would make everyone happy) love penn

no. If departments start to get new vehicles, everyone is going to start asking for more and more, while also complaining about V3.

oh damn this was actually added!