Cray0la_orange for House of Representatives!

cray0la_orange for House of Representatives!

Hello, I am cray0la_orange, but I also go by Cray. I have been in Firestone on and off throughout the past year. Throughout Firestone and other Ro-State groups/nations I have gained a lot of experience in more than just legislation, law, and policy making. I have worked in the legal field throughout my time in Firestone, and represented those who were wronged, and brought them justice. In other groups, I have experience legislating in a similar bi-cameralism legislative branch. In real life, I also served as an intern for my local City Council for the Chairman, and gained a lot of experience with law, and legislation through him.

Some of my plans include:

I would like to work closely with my colleagues in the House, and the Senate as well to ensure that we raise our reputation. We cannot look like fools, as that will simply give us little legislating influence. If one of the legislators are acting stupid, how can they expect anyone to follow the legislation they propose, or respect the rules we try to put in place?

I would ensure that all the other branches are well equipped with what they need, and work closely with the Judiciary and the Governor to solve any issues that arise. Although I want to help them, it is imperative to note that they would not be permitted to run wild.

Giving the citizens a larger voice in the government is a huge thing. The people are who elect you. The concept of popular sovereignty lives with me and resonates in my body loudly, regardless of rank, status, or class.

Working with other Representatives and Senators across the aisle to handle issues that are a threat to our public safety is very important, and something that lives dearly with me. My mother being a victim of violent crime, it is important that we do everything we can to curtail this.

To be honest, I’d like to just be a large asset to Firestone to help the community however is needed. I would like to work with other Representatives to support ideas, contribute to those ideas, and take public opinion into account of my votes. If there is a large group saying they want something, yet a minority saying they don’t, the minority should still be represented. I will do my best to ensure that we get a large amount of people happier with Congress’s choices, to increase the public trust.

I have gained a lot of experience in more than just legislation, law, and policy making.

May you clarify? I don’t understand.

support because i feel incredibly bad for this individual

Well, I am not sure if you will gain 15 supports in the following hours before the voting opens but I wish you luck. Support.

Will be interested in seeing if this gets 15 signatures lol 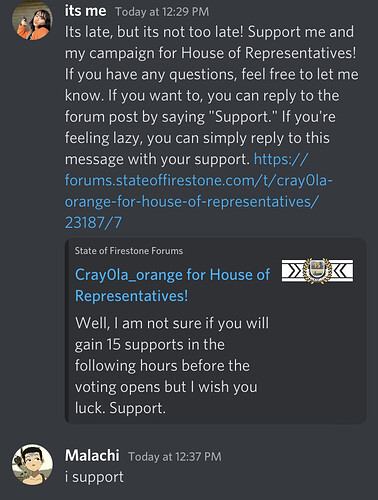 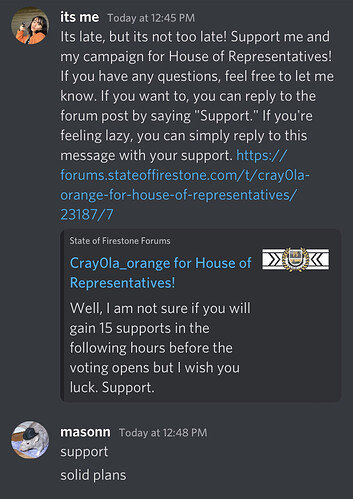 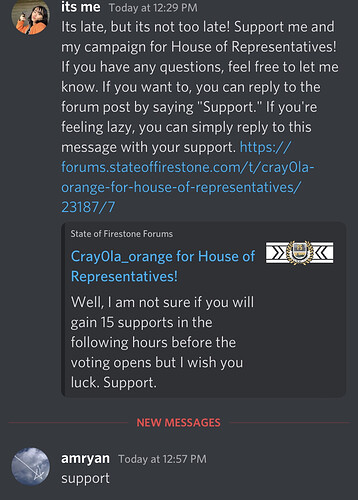 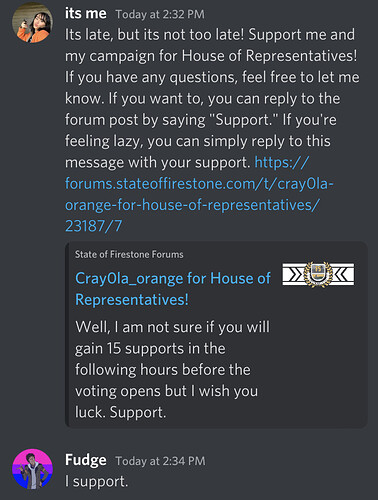 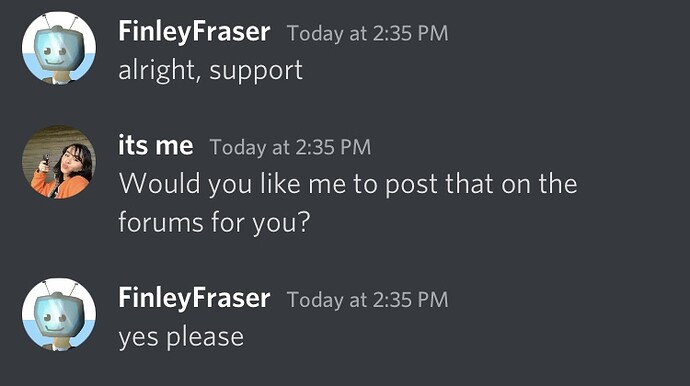