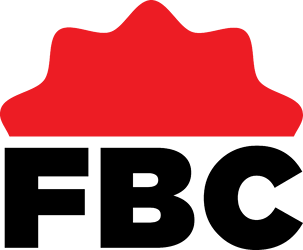 Today’s stream showed a big milestone that we have hit. 65 viewers watching the stream is a big milestone for a second stream. I’d like to thank you all for watching and see you hopefully in the next stream.

This is an interactive forum post to promote discussion and point of view.

New people took seats in congress and they were congratulated on stream. What do you think of people that are in Congress currently and your feeling towards them?

What does it mean to vote?

Currently, there is no denying not every firestone is being represented when voting for their congressmen due to the forums, what is your stance on this matter? the bill of rights does state all citizens of firestone shall have the right to vote… do they really?

This month the Supreme court justice did tremendous work completing writs than they previously have in five months. What do you think of this achievement and the great work of the supreme court?

So currently, the supreme court ruling showed that officers and members of departments are held accountable for anything for everything they say on discord and forums affecting their employment and such. What is your opinion about this matter?

This week on my show I pointed out the potential for Congress to be able to pass laws, constitutional amendments and so fourth. Many said this isn’t something that’s going to happen, as the presiding officers wouldn’t allow it to. Here we are less then a week after the election and we have our first case of a constitutional amendment passing via trello. The fact that this passed via trello isn’t the real issue at hand. I [image] [image] As you can see based on this screenshot we already have …

If you are interested to be a part of FBC check out our job listing: https://fbc.stateoffirestone.com

So currently, the supreme court ruling showed that officers and members of departments are held accountable for anything for everything they say on discord and forums affecting their employment and such. What is your opinion about this matter?

You’ll see some departments enforce this heavily and some won’t. The Governor hasn’t really given direction on this.

This topic was automatically closed 0 minutes after the last reply. New replies are no longer allowed.