Brentvx for House of Representatives 2020

Hello! For those who do not know me, I am Prominence Councilman Brentvx. I began my career in late 2018. I am a former Trooper for the Firestone State Patrol as well as a current Prominence Councilman of 1 month. Although my only form of government has been Municipal Government, I feel as though I am ready for this jump. That is why I am running for the House of Representatives. The current Representatives have done an astounding job. I have the skills necessary for this position such as professionalism, uprightness, direction, and honesty.

I have held a handful of positions within this state, some of which include:

Now, I’ve realized that elections are more about popularity, rather than ability. While I am known, I do not have a lot of experience in government. I ask that you look at my ability to perform this task efficiently and correctly. I wish everyone a great start to the week and good luck to anyone else that may be running. 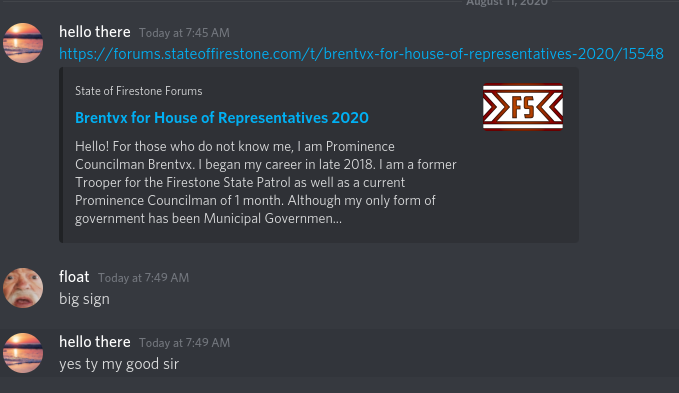 Support! Brent is a candidate who is fully dedicated to this position. Even without his previous state government experience, he is overly qualified. I hope to see him win in this special election.