OK I PULL UP

ok ill support under one condition,

No reason to not support.

I, Philip IV, by the Grace of God, of the Redwood of Firestone and Arborfield and of his other realms and territories King, Head of the Commonwealth, Defender of the Faith and Constitution, support these gentlemen

For those of you not in the Official AestheticallyHappy & Sharkfish82 campaign server, I’ve been quite busy over the past week and have met with a lot of the great folks around this state.

On the 3rd, I attended the Arborfield Job Fair sponsored by Emdy Coffee where I had the chance to speak with local business owners and have a chat with the Mayor and Deputy Mayor of the great city of Arborfield. 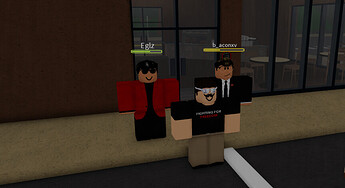 On the 4th I had the wonderful opportunity to have a proper sit down and talk with the Mayor of Arborfield joined by the District of Prominence Mayor. We had a very productive sit down and talked about the future plans for inferior governments discussing the wants and needs of municipalities and the county.

On the 5th, I got a chance to attend a Stapleton County Fire Department mass shift and discussed matters regarding the county and the Fire/EMS community with the best first responders this state has to offer.

On the 6th, I sat down with local business owners kyhuls and fawkemily to discuss my plans for the private sector and had later indulged in some delicious watermelon provided by their business Smootheory, a new and upcoming smoothie and powerfood bar. 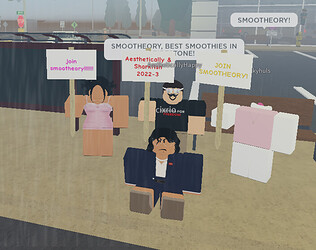 Theres still plenty more work to do with this campaign and I have way more stops ahead of me, I wanted to thank you all for supporting me throughout this journey and I hope to see you all on voting day. If you have any questions, comments or concerns you can direct them to myself or my Lieutenant Governor candidate through the means of communication below.

Do you believe there are too many, too few, or just the right number of judges? Do you believe judges should only be appointed only after completing the Judicial Mentorship Program and subsequently having the approval of the CCJ? How do you plan to improve the process of appointing new judges to the District Court? Do you believe the standards set for new judges are too strict, too lenient, or just right?

I’m going to reply to each of your questions individually here,

Do you believe there are too many, too few, or just the right number of judges?

While it is undeniable that the Judiciary functions at a great speed in regards to some trials and exceptionally great speed with expungements, there are other trials, however, that just drag on for months or even years (see j1vmmy v scso, filed February 5th 2021, to chambers on June 29th, 2021, still in chambers to this day a year and 2 months later.)(Whether that be the fault of the parties involved or the presiding justice is a case by case basis). It is mine and my running mates position that at least one new judge would be highly beneficial to the operational effectiveness of the Judiciary, for who that individual may be, it is unknown at this point in time.

If the candidate has not been involved as a trial lawyer or a prior judge, absolutely. I am not a bar certified individual so I do not have the knowledge on what happens within the JMP however any reasonable person could assume that the JMP consists of how to interpret legislation and oral arguments in order to make a fair and honest verdict.

and subsequently having the approval of the CCJ?

It has been long standing tradition for the Governor to consult with the Chief Justice on appointments to the bench, this administration has no plans on changing or overstepping this tradition. The Chief Justice is the most knowledgeable Justice on the bench, and their input on judicial appointments will be taken with a high level of consideration.

How do you plan to improve the process of appointing new judges to the District Court?

It is no lie that the great legal minds in this state who are interested in the bench either currently serve on the bench or their time has come and gone, there is not much that the Governor would be tasked with to either increase the interest within the Judiciary or the interest to seek the bench. As said earlier, this administration does seek to confirm at least one new Judge to the bench, we seek to consult with the sitting bench and the head legal minds of this state to make that a reality.

Do you believe the standards set for new judges are too strict, too lenient, or just right?

The only standard for a judge to be appointed to the bench is to hold an active bar certification (C.III.I(iii)). A new judge would also be reasonably be expected to know the GRP along with being an expert in the constitution and bill of rights. These standards are by no means strict but are also by no means lenient, Competency in law and trial experience would be a non-statutory/constitutional standard this administration will also seek, that is not too much to ask for from an individual seeking a lifetime appointment to the bench.