The flaws in arrest scenes on Firestone

The system is fucked. Excuse my language, but from a police standpoint, you wouldn’t be able to analyze this in the best way. For starters, cops and criminals alike, let me just enlighten y’all with the current issue - “back up” is the response we get if we come even a couple feet towards an arrest scene. Look, I get it, it’s a pain for law enforcement but to what extent? Sometimes we’re there FOR the people, to help them. I can’t believe we’re ready to take full initiative over scene-ramming but things like this are just heavily ignored. To top it off, the rule seems to just vary all around; some officers think one way, others think the other day but at the end of the day, they received the same training. I was recently charged with failure to comply for maintaining a safe distance within the scene.

The following is a screenshot of the distance I maintained with law enforcement whilst a scene commenced. The circled avatar would be me - you can see the officers slightly infront of me. 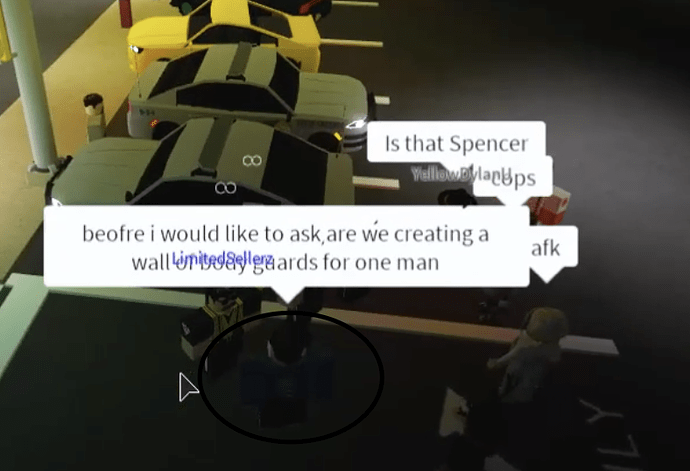 As far as anything goes I’m able to stand on the pavement legally, there is no rule saying I can’t stand on the road anywhere. This should be PROPERLY ENFORCED, I believe this was a violation of my rights.

Please make sure to think before you comment, thank you all

As well as for reasoning to stay at a scene, sometimes criminals stay to observe.

There is no proof of that at all. Only thing from where you were at was you just asking a question.

I’m not willing to go on record and say that I’m the most intelligent man in the State of Firestone, but I’m confident enough to state the following:

Perhaps you could avoid getting arrested, by distancing yourself from scenes. Perhaps going out of your way to blatantly stand within an uncomfortable distance of law enforcement officers attempting to make an arrest isn’t the smartest move on your part. Perhaps tempting them into negatively interacting with you by making escalating statements isn’t the smartest move on your part. I live by a very simple quote, “play stupid games, win stupid prizes”. To expand on that, you played a stupid game, harassing officers and purposely pestering them, and you won a stupid prize, a free trip to the Firestone State Correctional Facility.

Assuming you’re going to rebut by saying “they shouldn’t be emotionally charged while on duty” or “they should be able to take heat”, I’d like to remind you that these are, for the most part, kids we’re dealing with here. And when you harass kids from practically all walks of life, they tend to bite back in various different forms. Maybe they can’t directly fire back at you, instead they can stretch a loophole to arrest you.

I conclude with, maybe “the system” isn’t flawed, maybe your decision making skills are.

what do you mean harass? i understand that the MAJORITY of the criminal community harasses officers, but as u said, “play stupid games, win stupid prizes”. i understand where ur coming from. thanks for the comment!