Hello. I am scriblelz. Today I am announcing my campaign for Redwood City Council. My legislative experience is as follows:

I wish to bring new ideas to the City of Redwood for all citizens. I will be a man of the people. I will listen to the citizens, taking their suggestions into my consideration. Those who spend their time in Redwood know what is best for the city and listening to them can improve the quality of the city greatly.

Traffic violations are the most seen committed crimes in the city of Redwood. People must be encouraged to drive SAFER. Simply standing at the car dealership poses the risk of being ran over by a dangerous driver and paralyzed for the rest of your life. And nobody likes a vegetable.

I wish to work with our colleagues in the state to decrease this. A solution I want to put in place with help from the state is increased punishment for traffic and vehicular crimes. This will encourage more drivers to practice safe driving rather than causing a danger to all on the roads. I believe increased punishment can be enforced by a city militia.

I hope to bring many more new improvements to the City of Redwood. With your SUPPORT this can be achieved!

And nobody likes a vegetable

i need food for my dog pls

SUPPORT FOR MY BEST BOSS

support for my fellow candidate and current boss

aren’t you a criminal

are you talking to me foxy

I no longer walk on the wild side

Individual is disqualified from the campaign due to a criminal record. 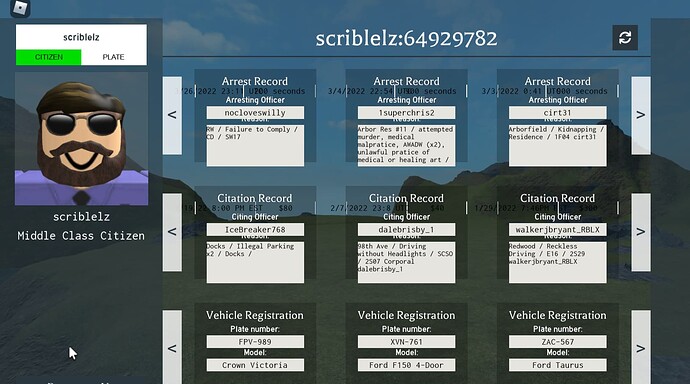 yes Kareem everything in life is about you