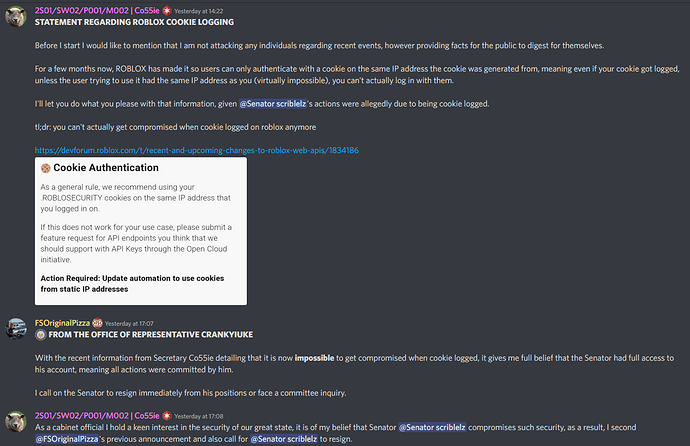 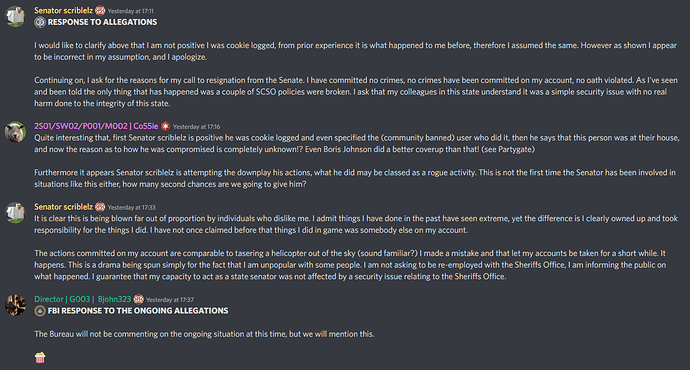 My previously made statement regarding a call for Senator scriblelz’s resignation still stands.

Someone who can’t be trusted with owning up to a mistake, subsequently using their government powers as a means to cover-up said mistake, shouldn’t hold a position in state legislature.

I also urge congress to investigate this and for an official statement to be made regarding the outcome of such investigation and it’s findings.

edit: to add to the above evidence, scrib tried multiple times to say goose went to his house and did it when they live in two separate states

MAN I TOLD YALL NOT TO USE “GATE” @Skye_Jones wont like it!

What are the possible punishments scriblelz will face?

That’s up to congress to decide.

Short video demonstrating how changing your IP invalidates your cookie.

from the office of these nuts

What are the possible punishments scriblelz will face?

as cossie stated, up to congress

however, should the CIS investigation uncover something

that outcome may change! 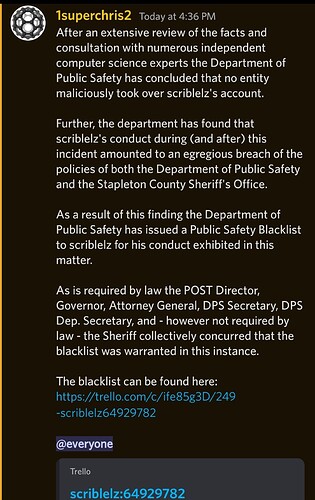 well that was fast

who are the computer science experts

Multiple people in Firestone who do various sorts of programming, some including myself and the lead scripter were approached.

It most likely will, given there is grounds to argue a law may have been broken.