Rinextel for House of Representatives

Hello, esteemed citizens of the State of Firestone,

Today I announce I will be rerunning for another term within the House of Representatives. It would not only be an honor, but a privilege to serve this great State and it’s citizens once more.

For some background information, I have been elected Senator x3, and House of Representatives x5. I served as Speaker of the House during this last time. Throughout my time as Speaker, I learned the rights from the wrongs, and how to lead a successful chamber; with that being said, I do plan on running for Speaker of the House again, should I get elected. Further experience includes:

As last term, my plans are simple - to serve this great State to the best of my ability. Now granite, last term wasn’t the best, however to a certain extent the House was running efficiently. Since then, I have learned from my past mistakes, and plan on running for House of Representatives to lead this great chamber once more.

Disclaimer: Speech was made quickly, and didn’t have time to write a very detailed speech. 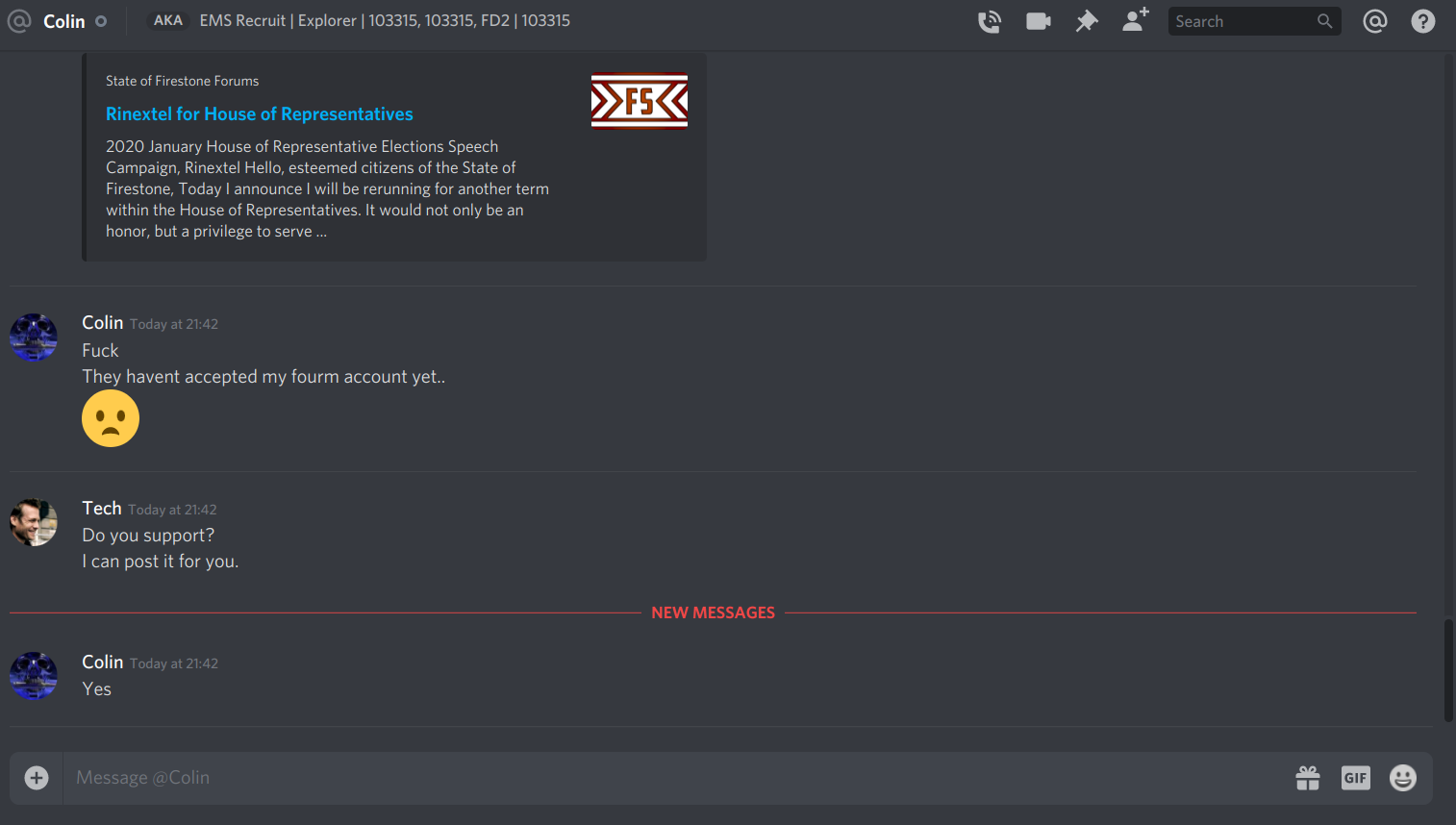 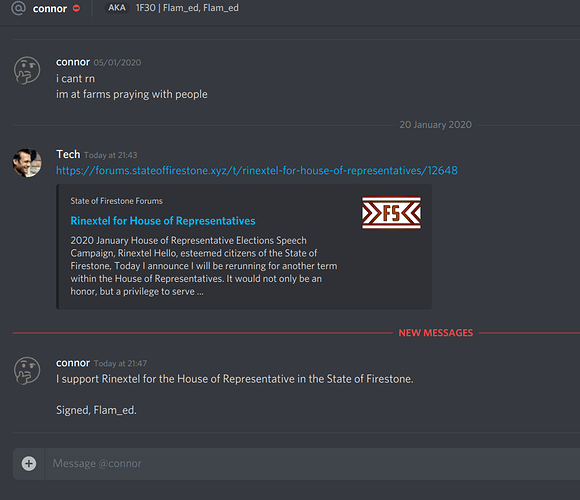 Support, Great to see you back.

Although I’m still better than rinextel with laws, I still support my bro!