Recent in the State of Firestone the streets of Stapleton County, Redwood have been riddled with mass riots, protests and shootings, lootings, attacks on vehicles, and mass chaos.
These were inspired by the recent events in Minneapolis, over the brutal killing of George Floyd.
Why this is sad, many have been inspired, to take this to the streets of Firestone as they match Injustices of their own with Firestone LEO’s. Here is whats going on. 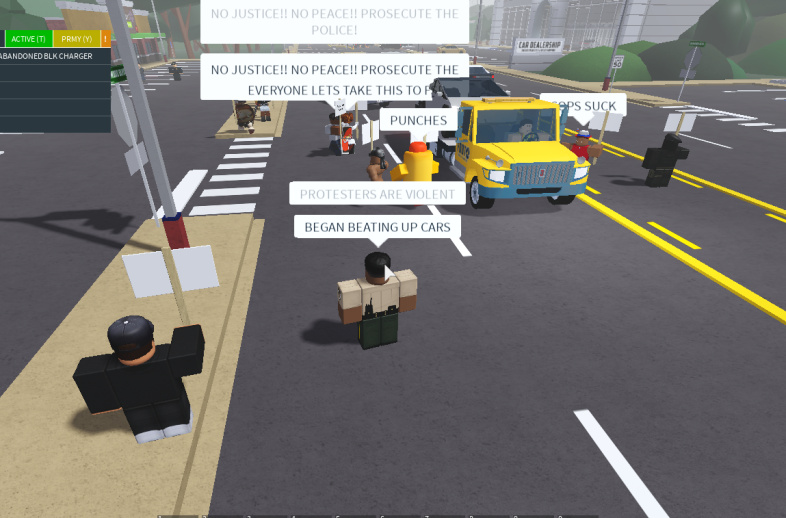 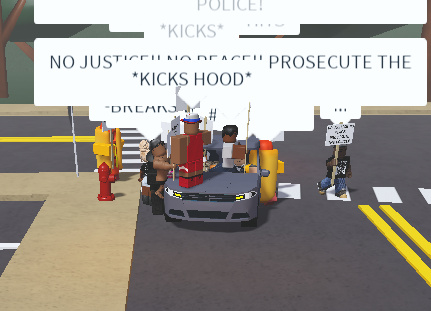 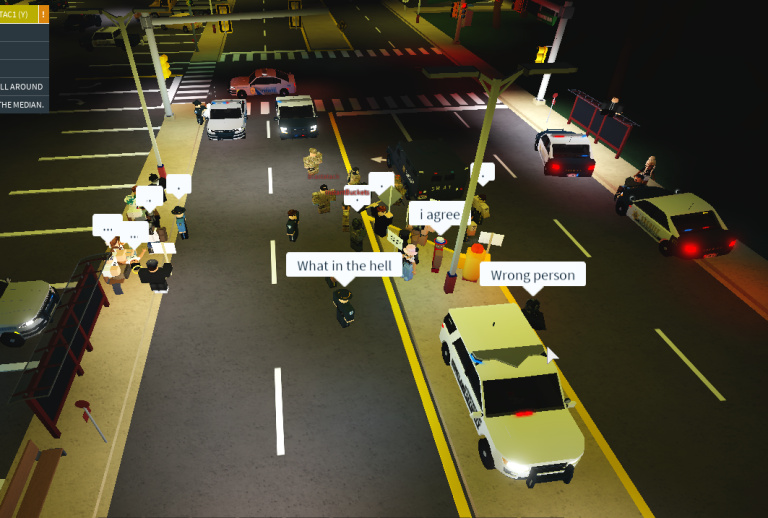 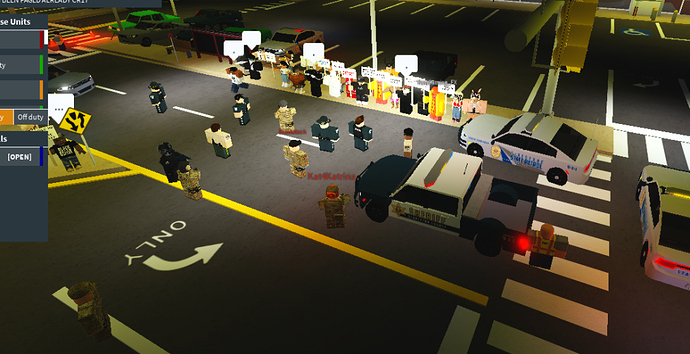 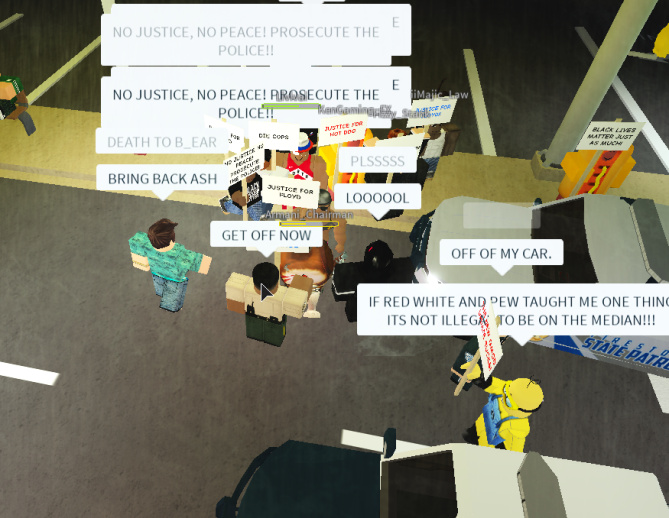 Please say thoughts below, and or post more pictures/videos.

nO JUSTICE NO PEACE PROSECUTE THE POLICE

this was kinda cringe

This is very cringe

nO JUSTICE NO PEACE PROSECUTE THE POLICE

did we become minneapolis? smh bringing rl protests to a lego game

Ah yes, nothing like making a complete mockery of the deaths of two men. Anyone participating in these “protests” are clowns, children, and illiterates.

Protesting in game based off a real life tragedy is extremely insensitive and uncalled for.

If you’re going to make awareness of this unfortunate event, do it through direct messages or elsewhere. I don’t know the impact you’re making whilst protesting in a ROBLOX game, whoever instigated this is a bona fide idiot.

The interesting roleplay perspective of mass riots is interesting, however given the context of these in-game riots, it’s not appropriate.

Regardless of intention to troll, to raise awareness, or to express real-world anger in-game, it’s just not appropriate roleplay for SC.

With that said, a few of the protestors were rioting for stuff that I would believe, if FS was irl, people would riot for such as the (arguably controversial) election of B_ear.

a protestor in the final image:

DEATH TO B_EAR
BRING BACK ASH

I don’t believe we should be protesting real life problems on a game that is mostly full of young children. It’s not appropriate and shouldn’t be happening. Roblox should be a safe place from these problems that are happening in the real world. I stronger disagree with these actions. However, I still do believe protesting over in game problems should be allowed and I strongly support peaceful protesting over in game problems, but come on you shouldn’t be bring in real world problems in a game. I understand it’s roleplay, but this type of roleplay is inappropriate!

Ah whatever.
I got to use tear gas.