Petition of my Prison Sentence

Greetings, to those who care enough to hear me out.

Here recently, I was sentenced to 15 hours within a Correctional Facility for Interfering with police officer. Now, the Correctional Officer had attempted to guide me arrest a DoT Employee then lied about that under oath within a court room, where he said he told me to let him off with a warning. Then, he attempted to arrest a State Representative for reporting the location of an escapee.

You see, I was called to DoC about a DoT employee that was pulled over off DoC property, for loitering. When I arrived, the Correctional Officer implied that I make an arrest after I asked him what his outcome was. You see, when asked under oath what he said that he stated for me to let him off with a warning, which was his first invalid statement, given under oath. (I let DoT off with a warning).

Now, later on I was conferencing with the CO at DoC when a representative came, attempting to grab the attention of the Correctional Officer to show him where an escapee resided. When the representative did so, the CO attempted to arrest the Rep.

Also note, when multiple people asked for a Supervisor, the CO claimed he requested one under oath, but when you refer back to DoC discord, you see that wasn’t the case. Another time the individual lied under oath. He made no attempts to grab a supervisor.

Now, looking back at the court case. While there, I attempted to object several discrepancies that resided within the Prosecutions examination of the witness, xKoytoPenquin. During so, none of my objections were allowed. However, when I went to examine the witness, every objection, even petty ones were allowed and the judge had agreed with the prosecution.

Nevertheless, the Prosecutor even stated that he did not examine the evidence given til during the court case, making baseless claims according to what the witnessed told him.

Pictures and other stuff: 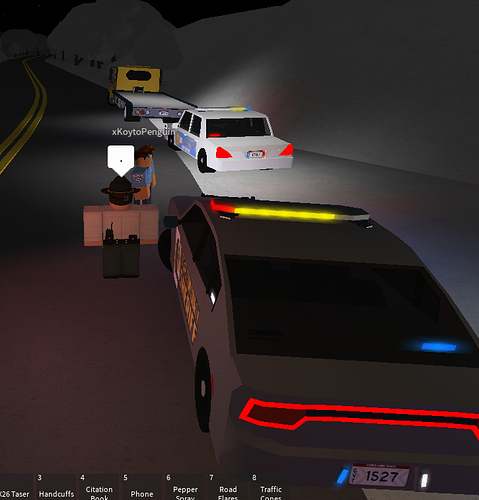 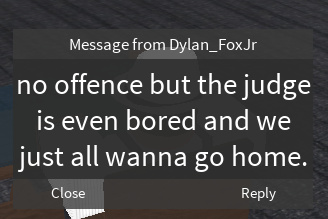 Support and endorsed, to remove his sentence.

I was sentenced to 15 hours within a Correctional Facility for Interfering with police officer. Now, the Correctional Officer had attempted to guide me arrest a DoT Employee then lied about that under oath within a court room, where he said he told me

Don’t forget you were also held in contempt.

You can’t forget, that you made up a law, in-order to get the Plaintiff striked.

Can’t petition for this. If you feel the judge made a bad decision or there was misconduct, appeal the case

we can try to get the governor to pardon you.

Hehe @Caxk I will not support this.

Uhhh Executive cant really do anything about the Judaical

Appeal the case but I doubt OfficerVideoGames would do anything

You can’t forget, that you made up a law, in-order to get the Plaintiff striked.

You asked for a definition of Slander, I gave the best one to my knowledge.

Dude, you are stupid…

First you went to the FBI to get him charged with Corruption
- FBI Cleared him cause thats his job to sentence you
Secondly, You make this petition?

You sir is stupid and don’t understand the court process and you APPEAL the sentence / Verdict to the higher court if you don’t agree with it.

@Samtella This petition has no point and is already devolving into an argument between the OP and the judge. He has also been given advice on how to do this properly.

Racism there my friend?