I want to make a museum about the history of Firestone. The museum will be about gameplay only so only events that happen in game. I joined Firestone in early 2020 so I do not understand a lot of early history, did Firestone have any major wars/events? Did anything happen that would make the museum interesting? The only problem I need help with is we have no map of “official” ro-states. That would make explaining wars hard. Should I do this?

There’s a museum in Greendale, in v3 there’s one in Hillview.

I believe what the op means is that there should be actual history in those museums, and not just random objects with no value

is this gonna be a thing in v3 or nay?

And with Rockfield 5 years ago. 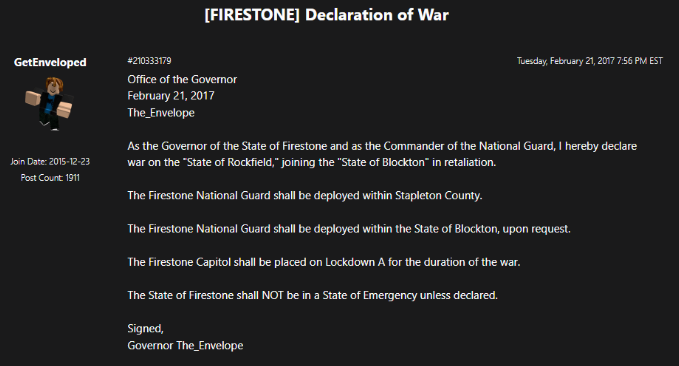 And the fourth Governor, Kolibob, was the first Governor to almost be impeached, but pathwaysbball ended up removing him! 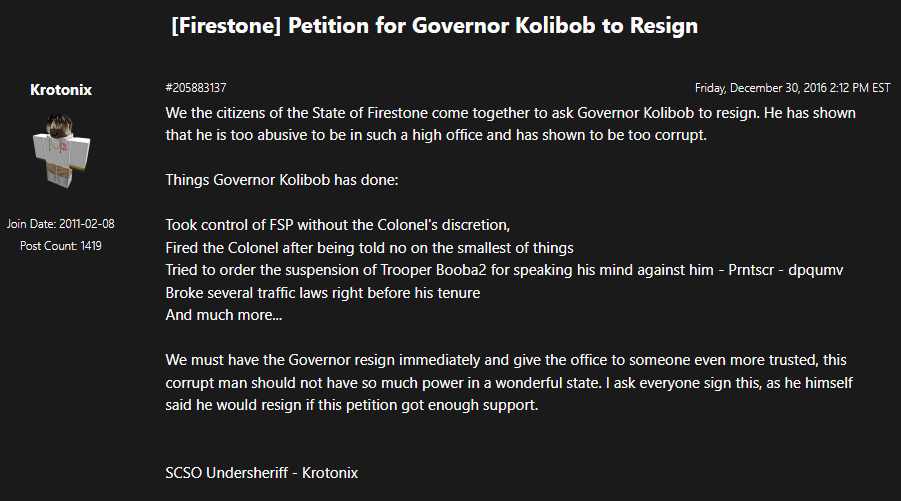 This stuff is kind of forgettable, but if you were to make a Firestone history book, I’m sure this would be there and in your museum. lol.

This is going to be included in v3, certain aspects have already been made or are being made

do i get to be in the museum

So does that mean my business application would be denied?

Check out Firestone Criminal Museum. It’s one of the millions of unique, user-generated 3D experiences created on Roblox. old criminals

State of Firestone, Founded April 1st of 2016, is the largest populated and most beautiful roleplay state located in the foothills of a mountainous region, with a wide variety of monuments and attractions to go out and see. Join the state to be taken...

That’s a great example! Who won that war with Rockfield?

They stood down, so we claimed victory! 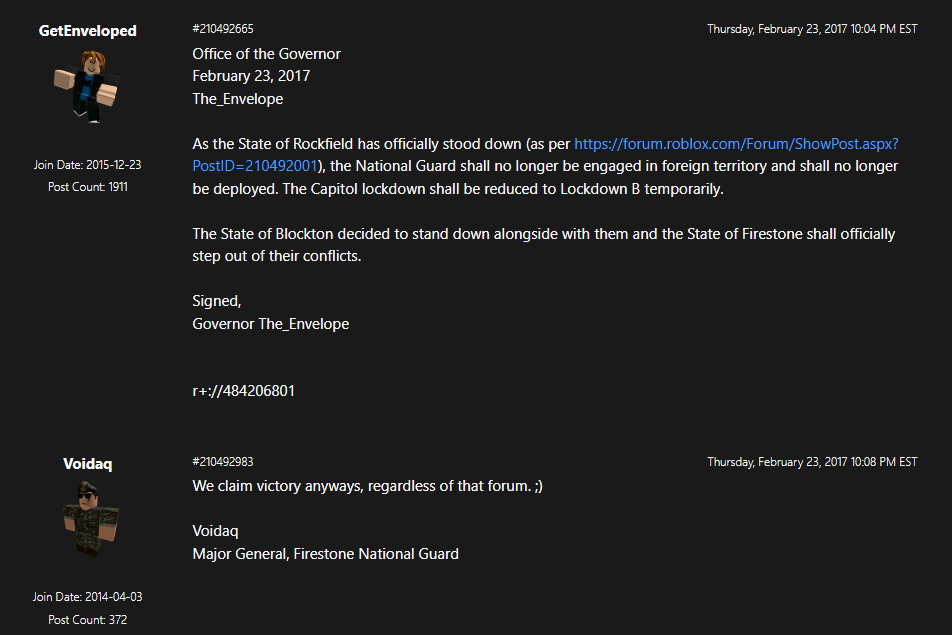 Check out the History of Firestone community on Discord - hang out with 1 other members and enjoy free voice and text chat.