Ok so, hear me out but… What if DOT had tug boats? Ex: Someone boat is sinking, DOT comes, tows them to shore. 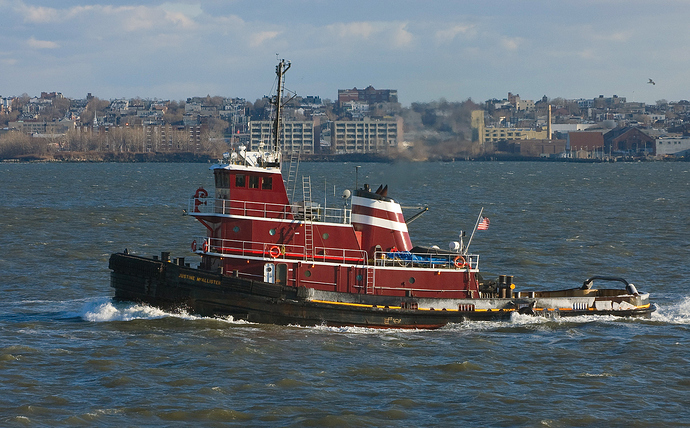 I think that you mean tow boats? Tug boats are used for guiding really large ships into ports.

Yep thats what I mean haha. I couldn’t remember the real thing.

@TheGreenLego_Brick DOBW doesn’t get a radio (correct my if I am wrong) and wouldn’t therefore be able to see calls etc.

It is DOTs job to tow things etc, DOBW would need training etc if they were to tow.

then they can give us a radio

Isn’t DoBW already getting a team/radio once their boats come?

DOBW is being established, and it’s not a far reach of the imagination to say that they deserve more action in the County. It took FDOA 2 years to get something in V2, and we’ve been preparing training for people to use it behind the scenes but working out formalities and changing guidelines is a pain.

As such, DOBW should most definitely get Towboats, and possibly even in a Ferry service between the two main docks, just as FDOA will run Air Taxi Services between Prom and Arbor. They most definitely need a team and radio to actually operate, and as is common in maritime procedure, their own radio channel(s) to communicate, again just like how FDOA has an ATC Channel. However I don’t believe there is a strong need for DOBW to have their truck, as I’m assuming there would be a DOBW building next to the docks for them to spawn at and immediately be able to spawn in required vessels.

The work can be done, it’s been shown through FDOA as well as Envelope, Path, and Fed bringing updates back to V2 while V3 is being worked on by the development team. Just gotta get their attention.

I agree with toastee. Also, DOT has so much that they shouldn’t. Buses, taxis. You guys also get railroad and your asking for a boat too? like

For as much as that’s what’s said, it isn’t always the reality. I’d say Fed, Path, and Envelope all work like how Valve used to, they can go between projects whenever they want, and currently they’ve been driving V2 updates.

Also as seen by the Boat update, it’s a good way to playtest elements to see player reception, so if it’s gonna be done in V3 it’s quite possible that since it’s a boat it could be seen in V2.

and possibly even in a Ferry service between the two main docks,

what if there was a mao extension to a further area only accessible by boat? the ferries can have more of a use for people who don’t want to use their boats or cant afford one

These likely aren’t going to be added as I’m pretty sure after the boat update they’re gonna work on v3.

howd this work with boats anchored when you park them

This is something DOBW would do.