As you all know, there has always been a lack of interest in the County Council, and as a result, there has been a lack of legislative innovation and new ideas in the County Council. Perhaps some of this is due to a lack of things to legislate, but I don’t think this is the core issue. As in the case of any elected position, people usually are motivated when they first take office, with motivation usually dropping after the first few weeks (myself included).

In my opinion, a possible solution is to shorten the term from 4 months to 2 or 3 months, like the House of Representatives. I’m not an expert on Firestone politics at all, but I feel shortening the terms would

Perhaps these poorly made graphs can explain it: 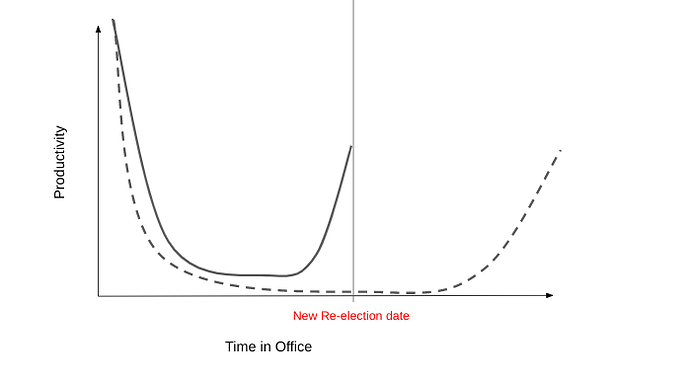 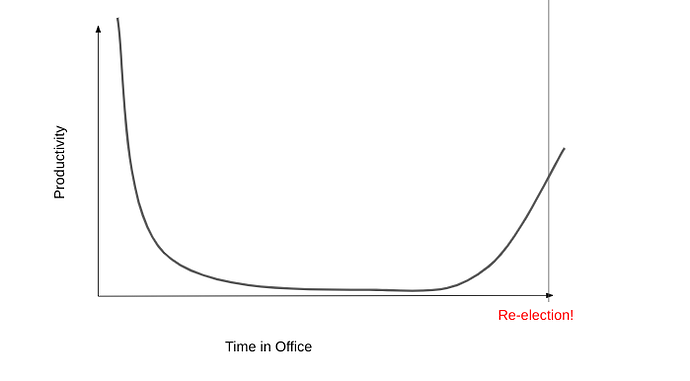 While I’m definitely not in a position to change this myself, I would love to hear your view on whether or not this solution is viable and if I should propose an amendment.

Would shortened terms be a viable solution to decreasing motivation in the County Counxil?

start a scandal if you need activity

Terms shouldn’t be 4 months while reps are 3 months either way, support

I like the idea, anything to get people to actually do work

Municipal Government gets more stuff done then the county does.

for real… support. but also because most of the things the county tries, it goes to municipal or state

I agree, county is smack in the middle of municipal and state and as a result doesn’t get much

i like to think of county government as the stupid little brother (who really isn’t much stupider than big brother) of the state legislature (aka, the big brother)

though the county government has - in practice - the same county jurisdiction as state, they have all the power except the big brother doesn’t leave any power to them.

now county is in this position where they have power over the entire county, but cant use it because state has taken the stage

obviously, when speaking in terms of efficiency, we immediately zoom to “criminal code”. The state has already guzzled the powerade and legislated every possibility of county criminal activity

on top of this, state government is much faster moving and more popular than county government. For example, “A Bill to Change the Leadership Requirements for FNG Leadership”. This came about from josh’s nomination, which stemmed from ant’s failure, which stemmed from a whole scandal involving the governor and (whatever the ng’s mg name was i forgor)

the county simply doesn’t have any of that shit to worry about: they have 2 departments (each with department heads that have been in their position for years). as such, there isn’t much action

a solution? there isnt one

unless the state is willing to stop hogging toys from the little brother (spoiler, they aren’t) nothing can be done