Banned from discord for no reason

Hey, This is Kentucky. I was banned recently on the server for “toxicity” which is understandable until you read this. I had just received my 2nd kick for toxicity and I rejoined obviously. I joined and realized after sending some messages my discord name didn’t change after I had joined. So I went and changed it and typed out “hoe”, instead of the joke message I was meaning to send of “joe.” Now this looks unbelievable but I just would like a good reason since I had no warns or anything. 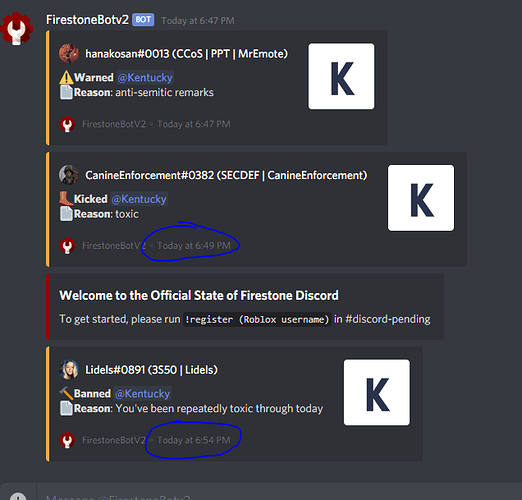 Kentucky is a great state.

Firestone is a communist state sir. People accuse you of something and they will be successful in removing you. Happened to me, happens to many people. Happened to Bill Cosby.

and sometimes you cant even defend yourself because it just puts others in a worse position… even if they wronged you, you don’t wanna wrong them. Weird kind of love.

Life is complicated, ain’t it?

Firestone is a learning experience. Maybe you’ll get banned one day, maybe not, I suggest an alt.

Welcome to the discord banned society.