[cringe nonsense banner or image, who knows i dont]

i apologize in advance for the lack of grammar, my shift key is not working at the moment.

friends, foes, dyingsym supporters, it’s time once again that i ask for your support in election to the office of county executive. for too long the county has suffered, i’ve left the door open for executives to actually fix issues in the county and not a single one had the gall to do it, you know what i’ve done, you know i take no nonsense and i give no nonsense. it’s time that the county elects a no nonsense leader once again.

i’ve done a lot in this state, ive served in many positions, i’ve arguably done too much. do you really want to see my list of jobs and achievements? yeah of course you do, it’s below for your reading pleasure.

Governors Medal of Freedom for, “Massive political impact over their time in state and county politics” - Sharkfish82

Governors Medal of Excellence for, “Outstanding work in the County of Stapleton.” - DyingSym

County Executive’s Award for, “AestheticallyHappy has been an excellent ban to work alongside and his contributions will not be forgotten.” - dangerzone1111

County Executive’s Award for, "… his leadership, heroine, and ultimately his continued dedication to the Stapleton County Government and its departments … " - dauntfulness

County Executive’s Resident’s Award for, “… Aes is a(n) outstanding individual, both as the Chief of Staff for the county and the FD Deputy Chief. The work he does fo rthe state as a whole is great and I am wholeheartedly appreciative of what he has done.” - 69superman

District of Prominence Residents Award for, “… recognition of this individuals great work as the County Executive. He has always been supportive of our district and all the municipalities…” - iiVortex_RBLX

sorry, i just have all these awards and dont post about them all that often.

serving in the county for 20 consecutive months before taking the office of governor, i’ve seen a thing or two about what is wrong, what needs fixed and what can be put off. throughout my term as governor i’ve taken a backseat watching the operations of the county, the distaste in the departments and their heads and having dealt with these complaints as executive for my 7 month term along with my term as governor i know how to deal with these complaints to ensure that all parties are content with the results.

with v3 “right around the corner” it will usher in a new era of leadership, challenges and roadblocks for the incoming executive administration on all levels of government from municipal to state level that requires the administration to take a heavy mentor-ship role, throughout my years in this state i have been awarded and commended as a mentor in nearly every single one of my positions and serve as an advisor to many individuals in this state. i believe that i have the knowledge, willpower and willingness to assist all levels of government through this transition to ensure a prosperous and glorious county once more.

scpa has been a hot issue over the past weeks, while i do not have an individual immediately in mind to take the position for chief, i do have an idea on how the department will function. prior to my departure from the county council i had been working on the establishment bill for the port authority however with the current council working on their own establishment act it will be worked with to ensure the rapid development and working order of the port authority.

thank you all for reading, if you didnt read it, thank you for giving me a view on this forum post (so nice of you). the county is and always will be great. i humbly ask for your support during this run.

if you have any questions that you wish answered sooner rather than later, you can contact me directly at the information provided below.

support and good luck to ya

Are you trying to get impeached out of County Executive too? 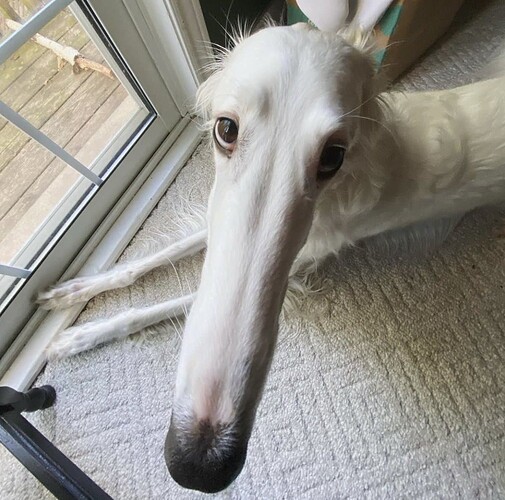 support & endorse for the rightful elder of the county!

(he did not even put the speech in the right category, unbelievable. . .)